Barbara Barnard was born in Arkansas of Appalachian parents but grew up as a Navy brat, living mostly on the California coast. Her poetry and fiction have appeared in such magazines as The Cimarron Review, New Letters, Poets for Living Waters, Off the Coast, BlazeVox Journal, Main Channel Voices, and Fogged Clarity. Three of her poems appear in the anthology Songs of Seasoned Women (2007), and she is co-author of Access Literature (2006). She earned her MFA in fiction from the University of California, Irvine, and has taught creative writing and literature at various colleges in California and New York. She lives on the Rockaway Peninsula and has been teaching at NCC since 2001. 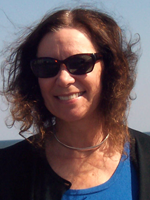 Tom D'Angelo was born in the now fashionable and expressive neighborhood of Astoria, NY. The first of his family to attend college, he received his master's degree in English with a concentration in creative writing from Queens College/CUNY. In addition to a collection of his original poetry, his master's thesis included his verse translations of selected biblical narratives from the Book of Genesis. Since joining the English faculty at NCC in 2000, Professor D'Angelo has worked in the Writing Center and has taught courses in Mythology and Folklore, Film and Literature, and Creative Writing. His current projects include a series of creative non-fiction essays on his formative years in Queens, NY and poems "assembled" from found words and phrases from The New York Times. 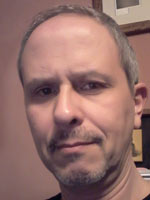 Sabrina Davis first joined the English department at Nassau Community College in 2009. After completing her BA in History from CUNY Baruch College, Professor Davis received an MA in English with a concentration in creative writing from Florida Atlantic University and is currently ABD in the American Studies Department at Saint Louis University. While her MA thesis is a piece of creative nonfiction entitled Microwavable Dinners, Professor Davis's current creative interest is far removed from reality and is situated somewhere between science fiction, fantasy, and historical fiction. Born and raised on Long Island, Professor Davis currently resides in Astoria, Queens with her cat, her husband, and her two children. 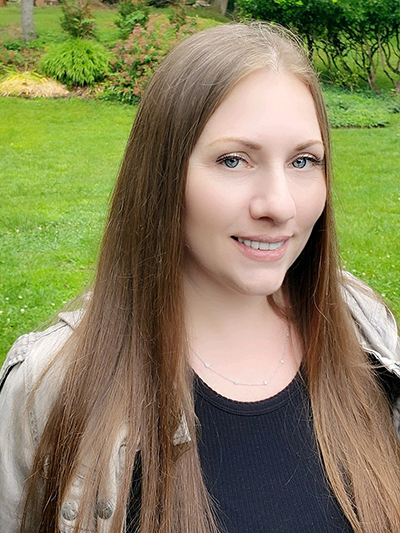 Jared Harél is the author of Go Because I Love You (Diode Editions, 2018). He's been awarded the Stanley Kunitz Memorial Prize from American Poetry Review, as well as the William Matthews Poetry Prize from Asheville Poetry Review. His poems have appeared or are forthcoming in such journals as Tin House, The Threepenny Review, The Southern Review, Massachusetts Review, Poetry Daily and 32 Poems, and his narrative long-poem, The Body Double, was published by Brooklyn Arts Press (2012). Harél teaches writing at Nassau Community College, where he is a Faculty Advisor for the Creative Writing Club and LUNA. He lives with his wife and two kids in Queens, NY. 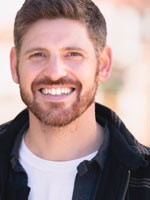 Kathrine Jason received her M.F.A. from Columbia University's School of the Arts. She spent a year in Italy as a Fulbright scholar and has been the recipient of a National Endowment for the Arts grant in literary translation. Her poems have appeared in The New Yorker, Poetry, and in literary magazines. She is the editor and translator of Words in Commotion and Other Stories by Tommaso Landolfi (Viking-Penguin) and Name and Tears: Forty Years of Italian Fiction (Graywolf). Her non-fiction has been published in The New York Times, Omni Magazine and other periodicals.

Amy King's book, The Missing Museum, is a winner of the 2015 Tarpaulin Sky Book Prize. Of I Want to Make You Safe (Litmus Press), John Ashbery describes Amy King's poems as bringing "abstractions to brilliant, jagged life, emerging into rather than out of the busyness of living." Safe was one of Boston Globe's Best Poetry Books of 2011. King joins the ranks of Ann Patchett, Eleanor Roosevelt & Rachel Carson as the recipient of the 2015 Winner of the WNBA Award (Women's National Book Association). She serves on the executive board of VIDA: Women in Literary Arts and co-edited with Heidi Lynn Staples the anthology, Big Energy Poets of the Anthropocene: When Ecopoets Think Climate Change. She also co-edited the anthology, Bettering American Poetry 2015, and is an Associate Professor of Creative Writing at SUNY Nassau Community College. 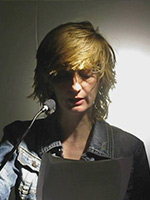 Mary Lannon has stories published at Story and at New World Writing and book reviews at Prick of the Spindle. She is at work on a second novel while looking for a publishing home for her first novel with the impossibly long title of An Explanation of the Fundamentals of the Derivation of Dilapidated Brown Station Wagon Theory aka How I Became A Scientist and Discovered the Truth About Getting Stuck in the Wrong Universe by Miranda J. McCleod. 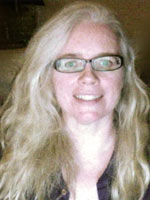 Professor Richard Jeffrey Newman has been teaching in NCC's English Department since 1989. As a poet and essayist, his work explores the impact of feminism on his life as a man. As a co-translator of classical Persian poetry, he writes about the impact of that canon on our contemporary lives. He has published two books of poetry, Words for What Those Men Have Done (Guernica Editions 2017) and The Silence of Men (CavanKerry Press 2006). He has also published a chapbook of poetry, For My Son, A Kind of Prayer (Ghostbird Press 2016), as well as three books of translation from classical Persian poetry, most recently The Teller of Tales: Stories from Ferdowsi's Shahnameh (Junction Press 2011). Professor Newman is on the executive board of Newtown Literary, a Queens, NY-based literary non-profit and curates the First Tuesdays reading series in Jackson Heights, NY. 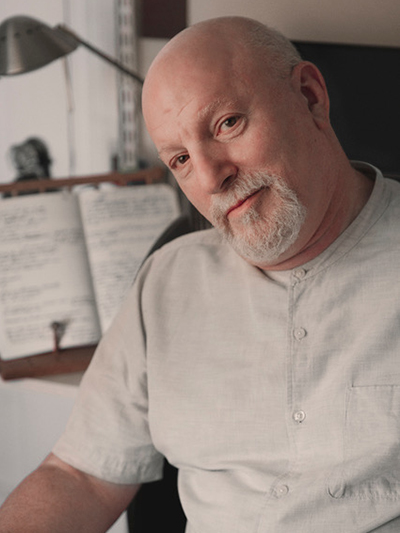 Joe Pilaro studied theater and fiction writing at the University of Vermont. He has directed many plays and musicals, and adapted and directed The Emperor's New Clothes and The LIttle Prince for a touring children theater company in Vermont. He has worked as the Program Coordinator of Columbia University's Film School and taught writing at Howard University. In the late nineties, What Your Hairdresser Knows, a play he co-wrote with his writing partner Joe Gorrie, was produced by the Homegrown Theater in New York. They relocated to Los Angeles and wrote television spec scripts, an animated series, and feature film scripts. He has taught creative writing at West Los Angeles College and has taught at NCC since 2011.

Christina M. Rau is the author of the sci-fi fem poetry collection Liberating The Astronauts (Aqueduct Press, 2017), and the chapbooks WakeBreatheMove (Finishing Line Press, 2015) and For The Girls, I (Dancing Girl Press, 2014). She is the founder of Poets In Nassau, a reading circuit on Long Island, NY, and also serves as Poetry Editor for The Nassau Review. Her poetry has appeared on gallery walls in The Ekphrastic Poster Show, on car magnets for The Living Poetry Project, and in various journals and magazines. In her non-writing life, she teaches yoga occasionally and line dances on other occasions. 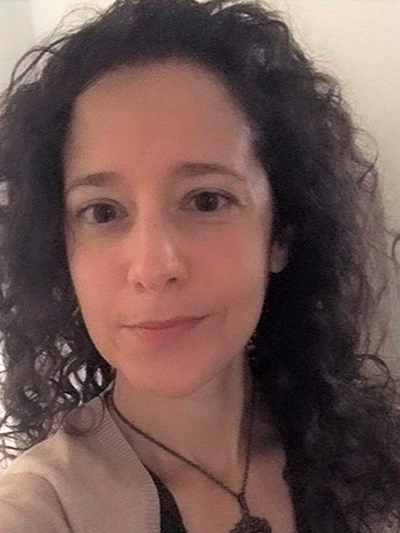 Matthew Rotando has most recently published illustrated poems in Drunken Boat and Everyday Genius magazines. He is the author of two poetry books, The Comeback's Exoskeleton (2008) and Hail (forthcoming), both published by Upset Press. He has a B.A. from Duke University, an M.F.A. from CUNY Brooklyn College, and a Ph.D. from University of Arizona. He is a cyclist and is preparing to explore the coastline of the Long Island Sound by paddleboard.

Beth Beatrice Smith holds a B.A. in English from Wesleyan University and an M.F.A. in creative writing from The New School. She is a former assistant editor for Essence Magazine and the former managing editor of Blackballot.com. Professor Smith has served as chair of the Creative Writing Project and is the current fiction editor for The Nassau Review.  She joined the faculty English department in 2006. 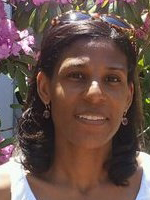 Mario Susko is the author of 31 poetry collections, including Epi/Logos (erbacce-press, UK, 2011), Framing Memories (Harbor Mountain Press, 2011), and the Croatian edition, Okviri pamcenja, of Framing Memories,  published by Meandar Media, 2012. He was selected Poet Laureate of Nassau County in 2013. He is the recipient of numerous awards, the 1997 and 2006 Nassau Review Poetry Award, the 1988 Premio Internazionale di Poesia e Letteratura “Nuove Lettere” (Italy), the 2000 Tin Ujevic Award for the best book of poems published in Croatia in 1999, the 2003 SUNY Chancellor’s Award for Excellence in Scholarship and Creative Activities, the 2003 and 2011 NCC Outstanding Faculty Achievement Award, and the 2008 Relief: A Quarterly Christian Expression Journal Poetry Award. In 2012 he was named by the Walt Whitman Birthplace Association Long Island Poet of the Year, elected member of the Croatian Academy of Sciences and Arts, and given the CCHA Regional Distinguished Humanities Educator Award. His poems have been published in journals and anthologies in Croatia, India, Italy, Hungary, Sweden, and Austria, among others. He is also known as an editor and translator of major American writers, including Saul Bellow, Bernard Malamud, William Styron, Kurt Vonnegut, Donald Barthelme, James Baldwin, Theodore Roethke, and e. e. cummings. In 2002 his Croatian publisher published his integral edition/translation of Walt Whitman’s Leaves of Grass. Mario Susko received his M.A. and Ph.D. from SUNY StonyBrook in the early 70s; a witness and survivor of the war in Bosnia, he came back to the US in 1993 and teaches in the English Department at Nassau Community College, Garden City, NY. 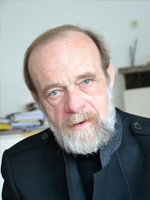 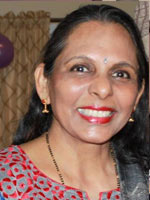 Tim Wood is the author of two books of poems, Otherwise Known as Home (BlazeVOX, 2010) and Notched Sunsets (Atelos, 2016). He is also co-editor of The Hip Hop Reader (Longman, 2008). His critical work on poetry and poetics can be found at ActionYes.org and Jacket2.org as well as in Convolution and Leviathan; his poetry reviews can be found at the Colorado Review, The Iowa Review, and the Boston Review. In 2017, his poem "Marginalia Inter Alia" won The Elizabeth Curry Poetry Contest, and his poem "Shiki" was first-runner up for RHINO magazine's Founder's Award. He also had a poem included in Black Lives Have Always Mattered, A Collection of Essays, Poems, and Personal Narratives. Ed. Abiodun Oyewole, one of the original Last Poets. He holds a Ph.D. in American Literature from U.C. Berkeley and an M.F.A. in Poetry from The Iowa Writers' Workshop. He was a Fulbright scholar at the University of Tübingen in Germany from 2013 to 2014, where he taught courses on hip-hop as literature and on American poetry. He is currently a professor of English at SUNY Nassau Community College in Garden City, New York. 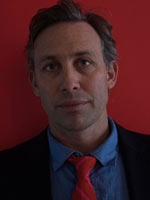 John Dermot Woods ​live in Brooklyn, NY, where he writes stories and draws comics. His most recent novel, The Baltimore Atrocities, was published by Coffee House Press. He has also recently published his first collection of comics, Activities (Publishing Genius Press). He is the author of the image-text novels The Complete Collection of People, Places, and Things, and, in collaboration with J. A. Tyler, No One Told Me I Was Going To Disappear. He and Lincoln Michel published their funny comic strip, Animals in Midlife Crises at The Rumpus. He is a founder of the online arts journal Action, Yes, and was the 2014-2015 Viebranz Visiting Professor of Creative Writing at Saint Lawrence University. ​ 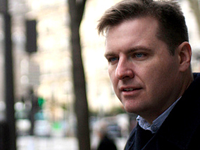