The prestigious Distinguished Faculty Rank programs were created by the State University of New York Board of Trustees to recognize and reward SUNY's finest and most accomplished faculty. Recipients of these awards must satisfy rigorous criteria in addition to holding the rank of full professor for at least five years and completing at least ten years of full-time service in SUNY.

The Distinguished Professorship is conferred upon faculty who have attained national or international prominence and a distinguished reputation within their field through significant contributions to research and scholarship or through artistic performance or achievement in the fine and performing arts. The Distinguished Service Professorship is awarded to instructional faculty that have achieved a distinguished reputation for service, not only to the campus and the University, but also to the community, the State of New York, or the nation, by a sustained application of the candidate’s scholarly and research interests to issues of public concern.

The Distinguished Teaching Professorship is conferred for outstanding teaching competence consistently demonstrated over multiple years at the graduate, undergraduate, or professional levels. Distinguished Librarian is awarded to librarians whose contributions have been transformational in creating a new information environment by providing access to information, sharing or networking information resources, and fostering information literacy. 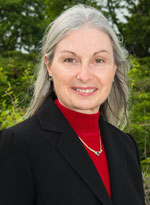 Lisa M. Bastiaans, M.S. was awarded the Distinguished Teaching Professorship in 2014. She received a Baccalaureate degree in chemistry and a Master’s degree in atmospheric science from the State University of New York at Stony Brook.

Whether storm chasing with students across the Plains, working with at-risk students, training colleagues to use NCC’s learning management system, or educating teachers, students and the public about weather, Distinguished Professor Lisa Bastiaans has devoted her career to engaging others. Distinguished Professor Bastiaans is a dynamic instructor who makes difficult concepts understandable by relating them to everyday occurrences. Her lessons interweave her professional experience and knowledge with her timely photographs and videos of remarkable weather phenomena. Additionally, she advises the Meteorology Club and shares career and internship information with students. A pioneer in online learning at Nassau Community College, Distinguished Professor Bastiaans coordinates the faculty training program, has led the Distance Education Forum on best practices, and continues to be on the cutting edge of technology.

Distinguished Professor Bastiaans’ noteworthy professional activities extend beyond NCC. The American Meteorological Society regularly invites her to lead workshops for international master teachers, to pilot new online courses, to review textbooks and lab manuals, and to serve on their boards. Her wide-ranging experience and contributions confirm her as a distinguished teacher and sought-after presenter. 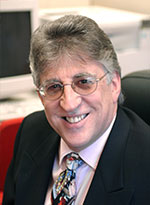 Philip M. Cheifetz, Ph.D. received the Distinguished Service Professorship in 2008. He holds a B.A. from Wilkes University, a M.S. from Hofstra University, and a Ph.D. from the University of Sarasota.

Dr. Cheifetz’s lengthy career has been marked by extensive service in all facets of the mathematics profession. A writer of materials for the Harvard Consortium and a spokesperson for “Harvard Calculus,” he helped to systematically change calculus instruction in the United States based, in part, on the NCC/Harvard approach. He also taught at Harvard’s JFK School of Government for ten summers (1996-2005.) Distinguished Professor Cheifetz played a seminal role in the creation of the American Mathematical Association of Two-Year Colleges serving as its president (1978) and its executive director (1979-1983.) At NCC, he established the High School Partnership Program in Mathematics. Dr. Cheifetz has served as a consultant to various organizations, including the Columbia University School of Public Health, and, in 1987, at the request of the Chinese Association of Science and Technology, was a mathematics delegate to the People’s Republic of China.

Additionally, Dr. Cheifetz is a prolific scholar with numerous research articles and eighteen co-authored or edited textbooks to his credit. Among his countless other accomplishments, Dr. Cheifetz has been the recipient of ten prestigious national awards and five grants (including two from the National Science Foundation.) 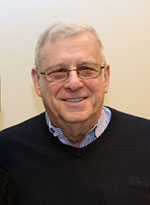 Bernard S. Gorman, Ph.D., received the SUNY Distinguished Teaching Award in 2010. He received his Ph.D. in Personality and Social Psychology from the City University of New York and completed postdoctoral studies in psychotherapy at the Institute for Rational Emotive Therapy.

Currently Distinguished Professor Emeritus, Dr. Gorman spent most of his teaching career as an outstanding, multiple award-winning educator in the Department of Psychology at NCC. Distinguished Professor Gorman has also made significant scholarly contributions: among these are a co-authored textbook, Developmental Psychology, several important scholarly monographs, including Design and Analysis of Single Case Research and The Personal Experience of Time (co-edited), and has published countless articles in peer-reviewed journals. He is also the author of instructional computer packages for Random House and McGraw Hill.

Some of Dr. Gorman’s additional contributions to his profession include serving on the editorial boards of leading peer-reviewed journals, such as The Journal of Psychotherapy Research, and as a practicing psychologist in the New York State Office of Mental Health and as a Senior Research Scientist in the Department of Psychiatry at Mt.Sinai/Beth Israel Medical Center in New York. 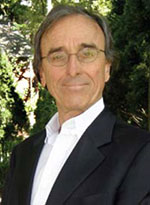 The recipient of many professional awards and grants from organizations such as the American Historical Association and the National Endowment for the Humanities, Distinguished Professor Nicholson excels not only in teaching, but also in service and scholarship. During his long and outstanding career at NCC, Dr. Nicholson was a faculty member and chairperson of the Department of History, Political Science, and Geography. He also served for many years as President and Chief Negotiator of the NCCFT, the full-time faculty union at NCC, and in other leadership positions at NCC and in the broader profession.

Distinguished Professor Nicholson is the author of numerous scholarly articles and reviews and has published two significant monographs, Who Do We Think We Are?: Race and Nation in the Modern World (1999), and Labor’s Story in the United States (2004) which has achieved international recognition and was published in a German-language edition. 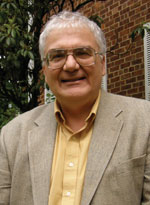 A respected and talented educator in the Department of Sociology, Anthropology, and Social Work, Distinguished Professor Varacalli also serves as the Director of the NCC Center for Catholic Studies, which he founded in 2000. Dr. Varacalli’s service extends to the national and international level as well. He was the founding Editor-in-Chief of the Catholic Social Science Review, the co-founder of the Society of Catholic Social Scientists, and he was a three-term member of the Board of Directors of the Fellowship of Catholic Scholars, both academic organizations with international memberships.

In addition, Distinguished Professor Varacalli is a recognized scholar, with several significant scholarly monographs to his credit, including The Catholic Experience in America, Bright Promise, Failed Community: Catholics and the American Public Order, and Toward the Establishment of Liberal Catholicism in America. He has also co-edited the Encyclopedia of Catholic Social Thought, Social Science, and Social Policy, The Italian American Experience: An Encyclopedia, and other important volumes.