November 21: What Does the World Think About America After the Election?

What Does the World Think About America After the Election? 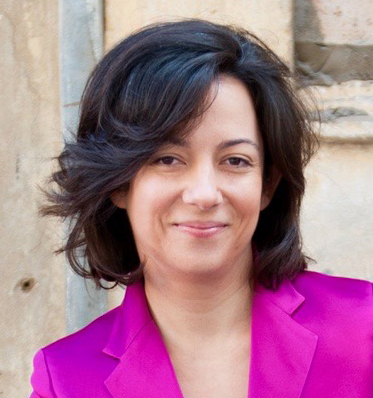 Garden City, NY – Nassau Community College will present the cultural program What Does the World Think About America After the Election? on Monday, November 21 at 9:30 a.m. in the Multipurpose Room of the College Center Building. The program will be presented by award winning journalist Kim Ghattas, who covers international affairs as well as the Hillary Clinton presidential campaign for the British Broadcasting Corporation (BBC).

On the campaign trail, Ghattas has been crisscrossing the United States from Iowa and Nevada, to South Carolina and Arkansas, following Hillary Clinton's presidential campaign. She is also the author of The New York Times best seller The Secretary: A Journey with Hillary Clinton from Beirut to the Heart of American Power, published in 2013, the first inside account about Clinton's time as Secretary of State. Ghattas interviewed Clinton more than 15 times and traveled around the world with American Secretaries of State while covering the State Department for the BBC from 2008 to 2013. She presented two documentaries on Hillary Clinton as diplomat in chief for BBC TV and BBC radio. Before her posting to Washington D.C., Ghattas covered the Middle East extensively from her home in Beirut, chronicling the refugee crisis, the Iran-Saudi rivalry and the foreign policy of the presidential candidates.

Ghattas has appeared as a guest and commentator on NPR, MSNBC and PBS, among other news outlets in the U.S. and Europe. She has given lectures at many universities and organizations, including the Johns Hopkins School of Advanced International Studies, the Council on Foreign Relations, and the Carnegie Endowment for International Peace.

For more information about What Does the World Think About America After the Election?, which is free, open to the public and accessible to the disabled, call 516.572.7148.

About Nassau Community College Nassau Community College, a division of the State University of New York, is an institution where more than 20,000 full- and part-time students and approximately 10,000 continuing and professional students start and continue their successful journey through higher education. More than 70 fields of study are offered on a 225-acre campus located in the center of Long Island. As the largest single-campus two-year college in New York State, Nassau Community College maintains a national reputation for excellence. For more information, visit www.ncc.edu.