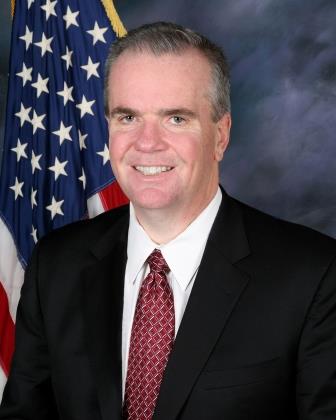 Garden City, NY – Nassau Community College will present the cultural program Police-Community Relations on Monday, November 14 at 2:00 p.m. in Room 252-253 of the College Center Building. During the program, Nassau County's Acting Police Commissioner Thomas C. Krumpter will discuss Nassau County Police Department's initiatives to improve this relationship.Thomas C. Krumpter has been Acting Commissioner of the Nassau County Police Department (NCPD) since February of 2014. Since that time, he has led the department through a critical time of transition and financial constraints. As a member of the NCPD for 23 years, Krumpter has served as both Deputy Chief in the Office of the Commissioner of Police and as the Department's Legislative Liaison. He was named First Deputy Commissioner in December of 2011.As a patrol officer and supervisor, Krumpter spent time in the fifth and sixth precincts. He also worked in significant leadership positions including Deputy Commanding Officer of the Legal Bureau, and later, Commanding Officer of the Personnel and Accounting Bureau.Acting Commissioner Krumpter is a graduate of the FBI National Academy, a professional course of study for U.S. and international law enforcement leaders, as well as the Police Executive Research Forum's Senior Management Institute for Police. He holds a bachelor's degree in accounting from SUNY Old Westbury and an MS degree in criminal justice from the University of Cincinnati. Prior to joining the NCPD, Acting Commissioner Krumpter served as a police officer with the New York City Housing Authority Police Department. He was also in the United States Marine Corps Reserve.For more information about Police-Community Relations, which is free, open to the public and accessible to the disabled, call 516.572.7148.Media Contact: Alicia Steger516.572.9634alicia.steger@ncc.eduncc.edu/newsreleases

About Nassau Community College Nassau Community College, a division of the State University of New York, is an institution where over 20,000 full- and part-time students and approximately 10,000 continuing and professional students start and continue their successful journey through higher education. More than 70 fields of study are offered on a 225-acre campus located in the center of Long Island. As the largest single-campus two-year college in New York State, Nassau Community College maintains a national reputation for excellence. For more information, visit www.ncc.edu.