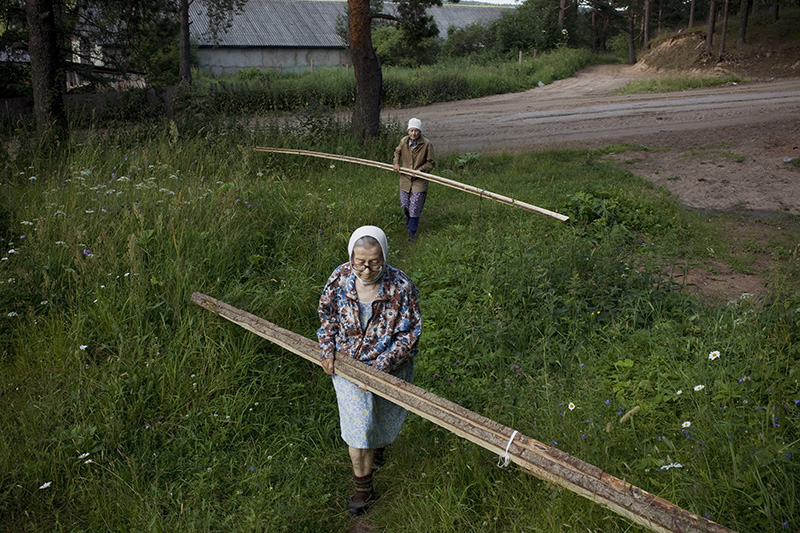 Nadia Sablin, a freelance photographer based in Brooklyn, New York, was chosen by renowned curator and historian Sandra S. Phillips to win the seventh biennial Center for Documentary Studies/Honickman First Book Prize in Photography for her color photographs that document, as she writes, “the lives of my aunts who live in Northwest Russia. Alevtina and Ludmila are in their seventies but carry on the traditional Russian way of life, chopping wood for heating the house, bringing water from the well, planting potatoes, and making their own clothes.” 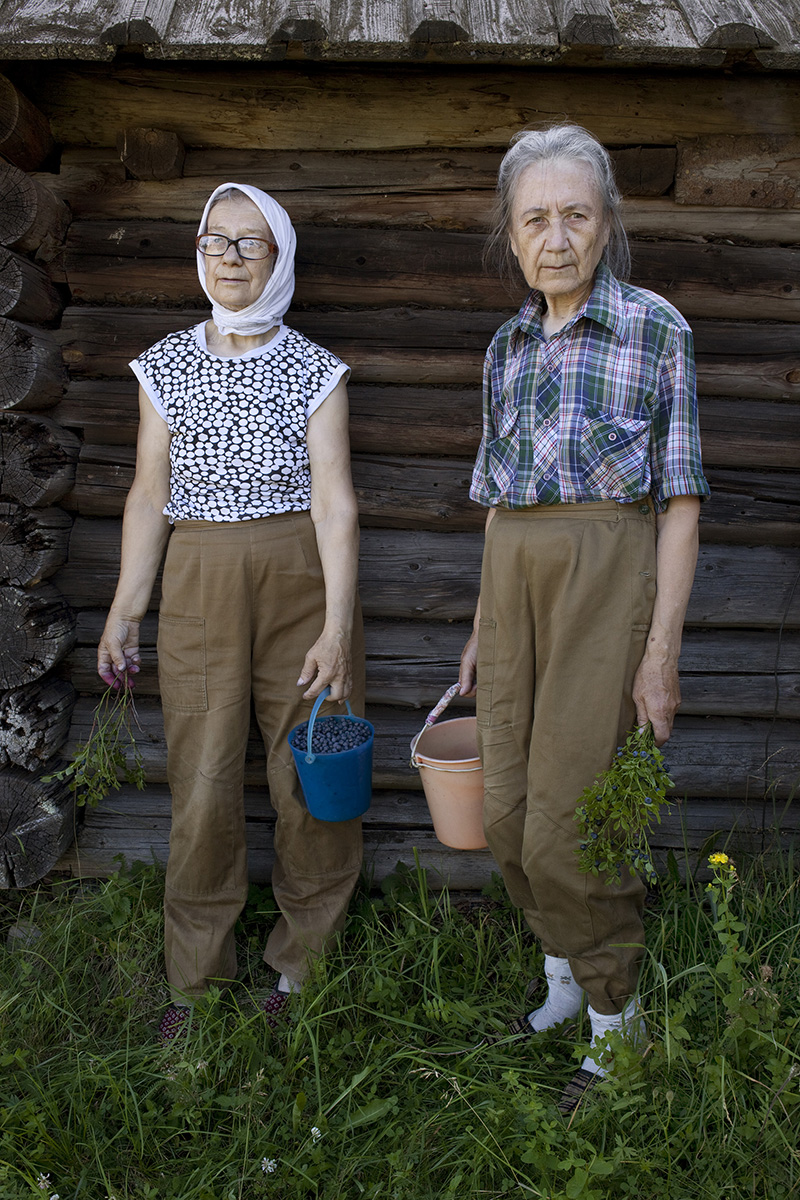 “In 1952, my grandfather began to lose his vision as a result of being wounded in World War II,” Sablin writes. “Wanting to return to the place where he grew up, he found an unoccupied hill in a village north of St. Petersburg, close to his brothers, sisters, and cousins. He took his house apart, log by log, and floated it down the Oyat River to its new location and reconstructed it. More than sixty years later, this house is still occupied by my aunts in the warmer months. The two women, who never married, have relied on each other for support and companionship their entire lives. I have been spending my summers in the village, photographing my aunts’ routines and quiet occupations, and the small world that surrounds them. Leaving and returning again divides our time into chapters, as the narrative moves forward.

“In these photographs, I record the stories of their lives, and explore the childhood memories I have of them,” Sablin writes of her aunts, who over the seven years of Sablin’s ongoing project began to collaborate with her in reinterpreting her memories and in creating new ones. These images combine observation and invention, biography and autobiography, and are thoughtful meditations on aging and belonging. Sablin’s quiet and lyrical photographs capture the small details and daily rituals of her aunts’ surprisingly colorful and dreamlike days, taking us not only to another country but another time. Alevtina and Ludmila seem both old and young in these images, as if time itself was as seamless and cyclical as their routines—sewing curtains, making quilts, tatting lace, planting seeds, weeding their garden—and as full of the same subtle mysteries. 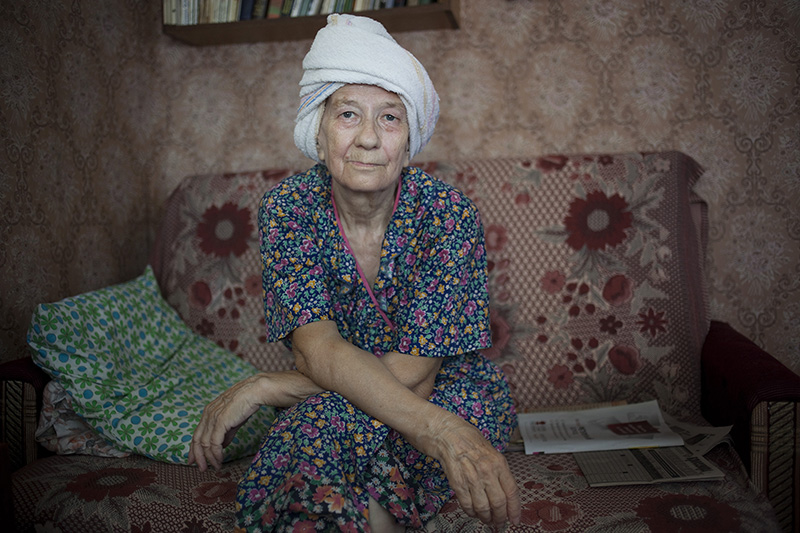 First Book Prize judge Sandra S. Phillips, senior curator of photography at SFMOMA, described Sabin’s photographs as “wonderful and sophisticated. . . . The two sisters seem to exist in a privileged reality, one closer to the warm smell of strawberries in summer. Lives like these used to be normal everywhere, but they are at a remove, antique, now—the sisters seem to be living in a Russian fairy tale. Their exertions are real enough, though. We admire them and even envy their simplicity and the beauty of the light and land they inhabit.”

Nadia Sablin receives a grant of $3,000, publication of a book of photography, and inclusion in a website devoted to presenting the work of the prizewinners. She will also have a solo exhibition in Duke University’s new Rubenstein Library Photography Gallery, and the photographs will then be placed in the library’s Archive of Documentary Arts.

Sandra S. Phillips has written an introduction to the book, Aunties, which will be published in November 2015 by Duke University Press in association with CDS Books of the Center for Documentary Studies at Duke University. This collection of photographs will be Nadia Sablin’s first book. 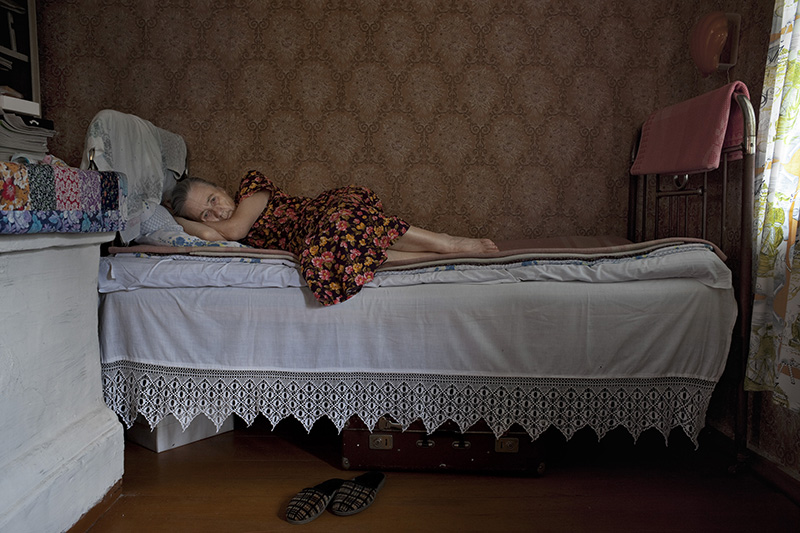 Sablin’s work was selected from two hundred entries in the 2014 First Book Prize competition. Sponsored by the Center for Documentary Studies at Duke University and the Honickman Foundation in Philadelphia, the prize is offered every other year and is open to American and Canadian photographers of any age who have never published a book-length work and who use their cameras for creative exploration, whether it be of places, people, or communities; of the natural or social world; of beauty at large or the lack of it; of objective or subjective realities. The prize honors work that is visually compelling, that bears witness, and that has integrity of purpose. The past winners of the prize are, in order, Larry Schwarm, Steven B. Smith, Danny Wilcox Frazier, Jennette Williams, Benjamin Lowy, and Gerard H. Gaskin. Read more at firstbookprizephoto.com.

Nadia Sablin, a native of Russia, earned a B.F.A. from the Rochester Institute of Technology in 2002 and an M.F.A. from Arizona State University in 2011. A freelance photographer based in Brooklyn, New York, Sablin’s work has been featured in such publications as the New York Times, the Guardian, the Moscow Times, Slate, American Photo, the Calvert Journal, andthe New Yorker. Sablin has received the Firecracker Photographic Grant, a New York Foundation for the Arts fellowship, a Puffin Foundation Grant, Peter S. Reed Foundation grant and was named one of the Magenta Foundation’s Emerging Photographers. Sablin’s photographs have been seen in solo and group exhibitions across the U.S., including the Philadelphia Museum of Art, the Southeast Museum of Photography, the Cleveland Museum of Art, Blue Sky Gallery in Portland, Oregon, and Texas Women’s University School of Art.

Images courtesy of the artist.